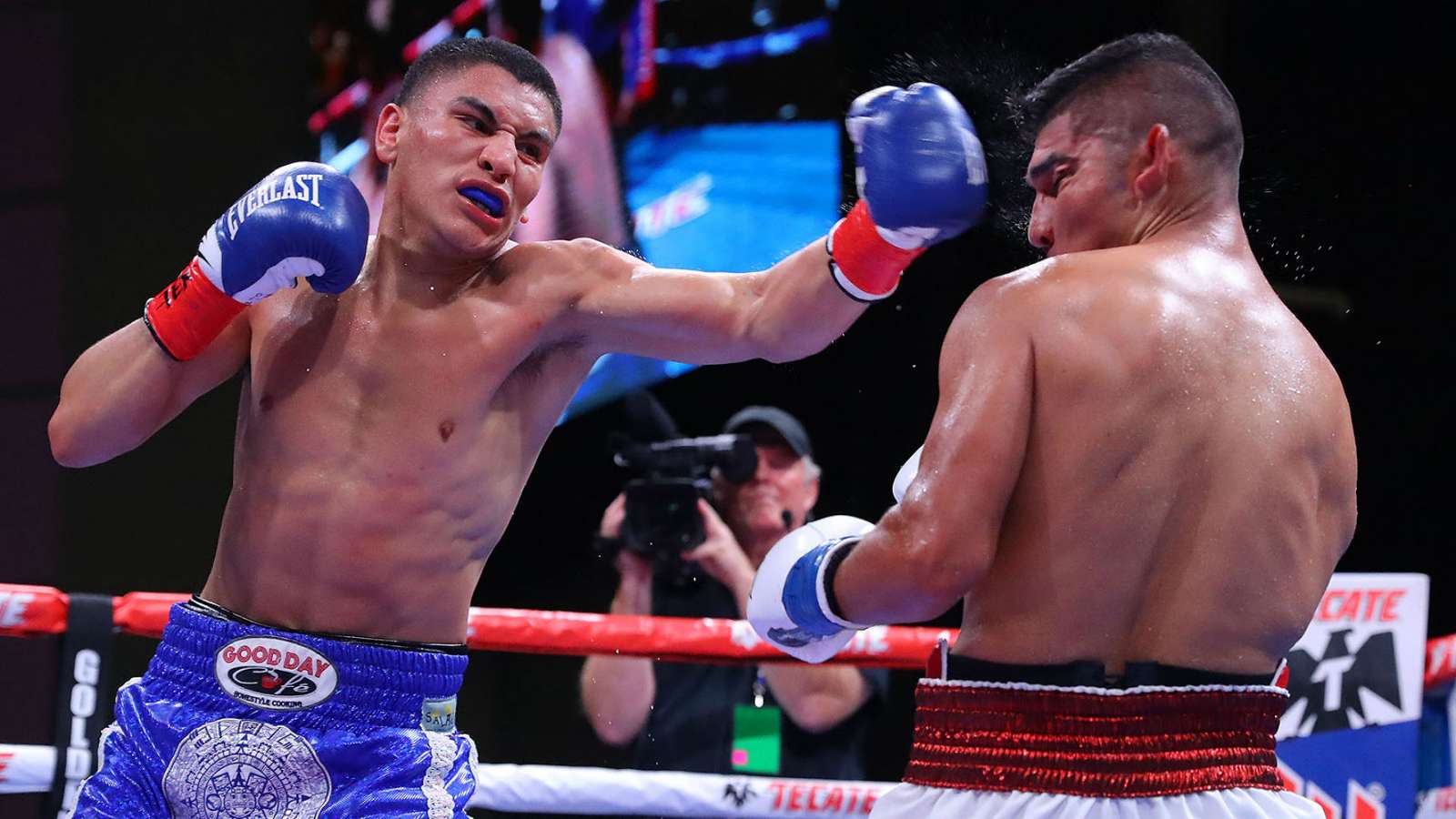 One of boxing’s youngest stars returns for the fourth and final time in 2019 as Vergil Ortiz Jr. takes on Brad Solomon for the WBA Gold welterweight title on Friday, Dec. 13 ​at Fantasy Springs Resort Casino in Indio, Calif., live on DAZN.

Ortiz (14-0, 14 KOs) kicked off the year in style by defeating Jesus A Valdez Barrayan in January. He followed that victory with two more dazzling performances — a vicious knockout of Mauricio Herrera in May and a sixth-round KO over Antonio Orozco in his home state of Texas in August. The 21-year-old looks to cap off 2019 with another highlight-reel finish and keep the momentum going for an even bigger 2020.

“Everything is going as it should be,” Ortiz said. “I’ve seen Brad Solomon’s record. I’ve seen that he’s beaten Adrian Granados and Ray Robinson, so you have to be pretty skilled to beat people like them. I don’t know how this fight ends, but you can all expect a great fight.”

Solomon (28-1, 9 KOs) competes for the first time since April of 2018. The 36-year-old had a stellar start to his career, winning his first 26 fights before dropping a split decision to Konstantin Ponomarev in 2016. He’s gone on to win back-to-back bouts against David Bency and Paddy Gallagher. A win over one of the guys viewed as the future of the sport puts Solomon in prime position to get a crack at the welterweight title in the future.

“Vergil Ortiz Jr. is a great young prospect,” Solomon said. “It’s going to be a good matchup. I’ve been out of the ring for about a year, so I have to come back and beat this young fighter. I have to show everyone in the welterweight division that I’m still here.”

Solomon presents another good test for Ortiz. If he can do to Solomon what he’s done to his previous 14 opponents, then Ortiz should be ready to compete for a world title.

Here’s a complete guide to the Ortiz vs. Solomon fight with undercard information and more.

WHEN IS VERGIL ORTIZ JR. VS. BRAD SOLOMON?

This will be the fourth time Ortiz has fought in 2019 and Solomon’s first bout in nearly 20 months.